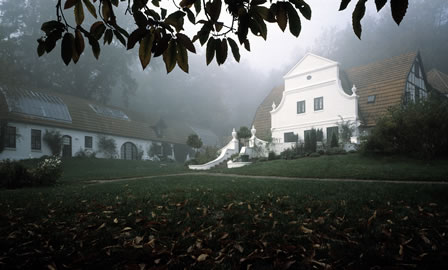 1894
Vogeler purchases, with his father’s inheritance, a thatched smokehouse with an open kitchen and dining area in Worpswede-Ostendorf.

1898
Major renovations are conducted at the Barkenhoff in autumn. Rilke writes the house blessing on the north gable.

1900
Rilke visits Worpswede from the end of August until the beginning of October. During this time the “White Salon” of the Barkenhoff becomes the focal point of a circle of friends made up of artists and intellectuals.

1901
Vogeler marries Martha Schröder, daughter of a teacher in Worpswede.

1903
In July of this year Rilke and his wife Clara Rilke-Westhoff visit the Barkenhoff once again.

1909
Ludwig Bäumer, former law student and Martha’s lover, arrives at the Barkenhoff. For Martha and Heinrich Vogeler, this marks the start of the many excruciating years of crisis in their marriage, with Martha moving to the Haus im Schluh in 1920, and culminating in their divorce in 1926.

1918
On 23 January Vogeler publishes “Das Märchen vom lieben Gott“ (The Fable of the Dear Lord), a protest letter addressed to the German Kaiser Wilhelm II appealing for peace. He is henceforth suspended from military service and placed under police surveillance at the Barkenhoff. He maintains contacts to socialists in Bremen and delivers political speeches.

1919
With the crushing of the Bremen Soviet Republic, Vogeler flees to Sauerland. The Barkenhoff is systematically monitored, Vogeler placed under temporary arrest.

1919–1923
At the Barkenhoff Vogeler establishes a commune of settlers with an adjoining work school. Both the local public and the German Communist Party (KPD) take a critical and rejectionist view of the experiment. In 1920 Martha Vogeler and their daughters move to the Haus im Schluh.

1923
Vogeler makes his first visit to the Soviet Union with Sonja Marchlewska, later his second wife. The Barkenhoff is remodelled as a Red Aid children’s home.

1924
The Barkenhoff is placed in the trusteeship of the Red Aid Germany. Starting in the summer of 1923 it is used as a rest and recreation home for the children of political fighters captured or killed in action during the First World War.

1925
Work is continued on the frescos in the Barkenhoff entry hall which were started in the early 1920s and whose scenes include those of revolutionary struggle and life in a new society. The district administrator in Osterholz reacts by issuing an order to have the children’s home closed because of its ›poisoning of youth‹.

1927
The order of the Osterholz district administrator to remove the frescos results in a broad protest movement of intellectuals and artists throughout the Weimar Republic. The frescos are first covered, but finally destroyed in 1939.

1930
Last visit by Vogeler to the Barkenhoff. The children’s home of the “Red Aid” is closed in 1932, the Barkenhoff is sold to the landscape architect Max Karl Schwarz.

1981
The administrative district of Osterholz and the municipality of Worpswede acquire the Barkenhoff. Establishment of the Heinrich-Vogeler-Museum.

2004
The museum re-opens after extensive renovation and the implementation of its new conceptional design.

2012
Re-construction and enlargement of the outbuildings as exhibition rooms and foyer.