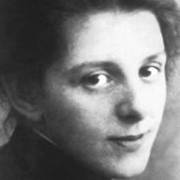 Paula Modersohn-Becker (* 8 February 1876 in Dresden; † 20 November 1907 in Worpswede) was one of the mort important representatives of early Expressionism. She first went to Worpswede in 1887 to study painting under Fritz Mackensen and settled there for good a year later. After an unsuccessful solo exhibition at Bremen’s Kunsthalle in 1899, she worked in seclusion and her art received little or no attention during her lifetime. During numerous study visits in Paris, she sought new directions in contemporary art as well as in such paragons as van Gogh and Gauguin. It was not until after her early death in 1907 that her work found national and international praise for its distinctive simplicity and human truth.