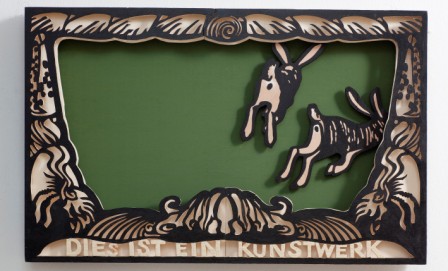 Directly following the anniversary exhibition »Art Cosmos Worpswede« the Worpswede Kunsthalle will present three artists who have decisively influenced the exhibition scene over the last 50 years: Friedrich Meckseper (born in Bremen in 1936) lived with his family in Worpswede from 1961 to 1984. In addition to painting, the graphic artist also worked as a draughtsman. Technical details can be found in many of his graphic works. Horst Janssen (1929–1995, Hamburg), considered to be one of the 20th century's most prominent graphic artists and illustrators, also worked as an author, photographer and poster artist. After taking part in the Venice Biennale in 1968 and the Documenta in 1977, his life's work was honoured in 2000 with the construction of a new museum in Oldenburg. Due to his cooperation with his printer, Herbert Jäckel, he was often in Worpswede during the 1960s and '70s. The large-scale jigsaw works of Peter F. Piening (born in Breklum near Husum in 1942,) are a unique experience. The works shown range from one-dimensional objects to walk-in »capsules«, which are filled with miniature objects and accompanied by philosophical texts.